All signs point South for local art, flavors and fun. Just past the hustle and bustle of downtown, you’ll find Southtown the Arts District. Southtown encompasses a large creative community and is unique with a mix of artists, locally-owned bars, coffee shops, boutiques, museums and art galleries. It also includes King William, a Victorian-inspired neighborhood filled with history and charm. Perfect for urban exploring, the area boasts micro distilleries, parks, exploration along the San Antonio River, public art and plenty of mixed-use spaces where artists welcome all with open arms. Come explore what’s new and historic down South.

King William
In the mid-1800s, enterprising German immigrants began buying land and building homes in this part of the city. The main thoroughfare was named King William, in honor of King Wilhelm I of Prussia, which remains the area’s name today. In July of 2011, King William was designated a Cultural Arts District by the Texas Commission on the Arts.

Southtown
Southtown originated as a part of a neighborhood revitalization project in the early 1990’s and over time grew to encompass 5 neighborhoods: King William, Collins Garden, Lavaca, Lone Star and Roosevelt. Talk about a big success. Southtown is home to First Friday and Second Saturday, the City’s longest running artwalks and “A Day In Southtown” their annual community event. Take a stroll through King William or book a tour of grand mansions that date back to the late 19th century. Stop by the Guenther House, built-in 1876, for traditional breakfast and brunch served up in a Victorian parlor. A new must-see in the arts district is the crimson-hued Ruby City, which presents works from the Linda Pace Foundation Collection of more than 900 artworks. The museum was designed by renowned architect Sir David Adjaye. Two hidden gem galleries are Blue Star Contemporary, the first and longest-running nonprofit space for contemporary art in the city, and the San Antonio Art League & Museum, housing over 600 works in its permanent collection. Don’t miss the Blue Star Arts Complex in Southtown – a 160,000-square-foot collection of studios, art galleries, retailers, bars, and eateries, including a microbrewery. Every First Friday, catch the area’s monthly nighttime street festival for unique art finds. On Second Saturday, meet the artists at local galleries and grab a gift from a local vendor. These events are free and family-friendly while allowing the discovery of unique art finds. For food and drinks, locals love Rosario’s ceviche and margaritas, La Frite for mussels and frites, Burgerteca for burgers that capture the taste of Mexico, and Bar 1919 for classic cocktails. Southown also boasts having the most micro-brewers in one area. In South Flores, explore Dorcol Distilling Co., an urban boutique craft distillery, and taste their signature spirit, Kinsman Rakia. Come explore what’s new. 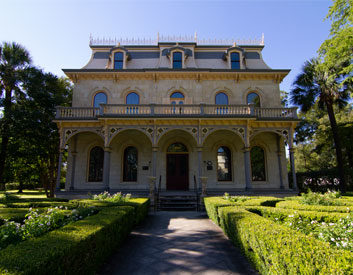 Consider a stay in a traditional Victorian house for a true bed and breakfast experience in King William. Or, browse the dozens of hotel listings in the nearby downtown district and all along the River Walk for easy access to neighborhood attractions. Start your day off with a traditional breakfast spread at the Guenther House, or grab brunch all day at local favorite, Liberty Bar, on South Alamo St. For Tex-Mex fare, check out Tito’s, or walk across the street for a famously delicious margarita at Rosario’s. For fusion and fun, don’t miss Hot Joy’s crispy whole duck dish. Then, head down to Blue Star for something sweet at Halcyon – coffee and bar – or Alamode – gelato and more. Explore the art galleries and breweries at the Blue Star Arts Complex. Then, walk, hike or bike along the river. Take a tasting tour at Dorcol Distilling Co. Or, check out live music at various venues in Southtown, including Beethoven Mannerchor. For a kid-friendly outing, consider The Friendly Spot, a beer garden with a playground and plenty of open seating. 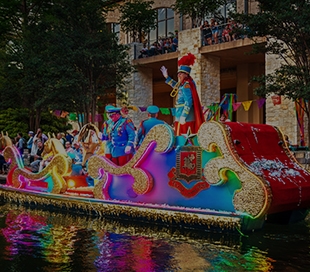