The headlines prove it.

It’s true what people are saying. And, we have the headlines to prove it. Browse a selection of our recent accolades, headlines and feature stories below to read all about it. Then, book your next stay and visit San Antonio.

Paying for your dream vacation doesn’t need to be a nightmare — and MONEY’s 2019 Best in Travel guide is proof. From dramatic beaches and ski-friendly mountains to lively cities and seaside towns, the 20 destinations that make up our annual list are mindful of both your wanderlust and your wallet.

In my adult gay life, I’ve known Austin, Texas as the lonely liberal blue dot in all of the Lone Star State. My vacations in Texas have been reserved to a birthday weekend and a weekend of pride, both in Austin, since that’s what us gays outside of Texas have been told.

A visit to San Antonio, Texas’s second largest city, is a celebration of the state’s Mexican culture, from its centuries-old missions to Tex-Mex cuisine.

In San Antonio, you can parade through the 2.6 miles of tree-lined streets in Alamo Heights with more than 800 of your four-legged friends, both of you dressed in colorful costumes, to raise money for charity.

Where To Eat, Sleep And Play In San Antonio

The military is still the largest employer in San Antonio, and most travelers think of the city in terms of family-friendly amusement parks and the San Antonio River Walk. However, the city is entering a new phase, with the trendy Pearl District and Hemisfair as paragons for new development.

7 Sky-High Dining Experiences Around the World

THERE IS SOMETHING exciting about discovering new cuisine, but some destinations literally take dining to soaring heights. From cliffside caves to steel skyscrapers, these sky-high restaurants around the world are sure to be memorable.

Rolling green hills that rise hundreds of feet above the surrounding plains and valleys describes the spectacular landscape of the Texas Hill Country.

Just as New Orleans has Mardi Gras, San Antonio has Fiesta. The citywide, 10-day celebration is held every April, and 2019 marks the 127th anniversary of this annual party that holds more than 100 events throughout the city including parades, patriotic observances, exhibits, and of course, food-centric affairs.

The Activities and Colour in this American City Will Surprise You

As far as first meals in a Texan city go, it is an unexpected choice. Vegan and Ayurvedic aren’t words that spring to mind when planning a trip to San Antonio, but at Pharm Table chef and owner Elizabeth Johnson has built a strong following and sweet potato tacos and quinoa crust pizzas are sounding pretty good after the drive from Houston.

Best known for its River Walk and The Alamo, San Antonio hasn’t exactly been at the top of most people’s travel bucket lists. If you live out of state, chances are the only reason you visited was because a convention brought you there.

Want to Try the Most Exciting Food in America? Leave New York City

Still think the most interesting dining scene is in the Big Apple? Fugheddaboudit! It’s so-called second cities that are leading the charge when it comes to culinary innovation in America.

A City On A Mission

A school of giant sunfish hangs over my head. Sunfish are native to this part of Texas, but I’m not underwater. I’m gazing at Daniel Lipski’s colorful art installation under one of the many bridges that span the San Antonio river.

The Party Runs Day and Night

After Houston, San Antonio is the biggest city in Texas. 2018 marks San Antonio’s 300th anniversary, and as the city prepares for its futures, so much of the culture of San Antonio is rooted in its past. Sprawling and vibrant, if you have just 48 hours to spend exploring the city, we’ll tell you exactly how to spend them.

Every year, my husband, Jim, and I pack up our minivan and trek to Texas to visit family. Whenever possible, we include a detour to San Antonio for its beautiful River Walk, fantastic food and one-of-a-kind festivals. Because I can’t walk, I get around in a 350-pound power wheelchair. Navigating a historic destination can be a challenge, but 300-year-old San Antonio continues to improve accessibility for folks who have difficulty walking or use a mobility device like me.

Think San Antonio is just for strolling the River Walk and remembering the Alamo? Not anymore. One innovative neighborhood is helping to transform the 300-year-old city’s image—and paving the way for its revitalization.

The Best Places to Travel in November

November is a month of transitions: weather is cooling in most places, and as the days move towards Thanksgiving, momentum picks up and we’re rushing headlong into the winter holidays. It could be a good time for a trip, whether you’re looking for warm weather, taking advantage of cheap shoulder season rates, exploring a new exotic destination, or heading to the southern hemisphere to trade autumn for spring. Or you just might want to begin the holiday season early, get a head start on gift shopping, and jump right into winter’s chilly weather. Travel during November has something for everybody.

In the fall of each year, lots of beer lovers flock to Oktoberfest celebrations in towns with strong German roots. Although the Texas city of San Antonio is most closely associated with its Spanish and Mexican traditions, many people don’t realize that a third of the city’s population was once made up of German immigrants. You can see evidence of this still today in the architecture of the King William Historic District and in the city’s craft brewing influences. So, whether you visit San Antonio in the fall or any other time of the year, here are eight stand-out breweries in town that have been shaping the modern craft brewing scene in Alamo City.

APRIL IS A TIME OF HOPE. Winter is in retreat and another sweet Canadian summer is on the way. That’s what I kept reminding my wife, in the depths of a vicious ice storm, as I walked out the door with my clubs and a plane ticket for Texas Hill Country.

The Best Under-the-Radar Food Destination in the U.S.

AT CLOSE to 1.5 million people, San Antonio is bigger than Austin, bigger than San Francisco or Seattle, bigger than New Orleans. Yet it’s forever overshadowed by those celebrated food cities. Move along. Nothing to see here but endless enchiladas and the Alamo.

Where to Find the Most Remarkable Margaritas in San Antonio

A mere 150 miles from Mexico, San Antonio has put its own stamp on the margarita. In its simplest form, the cocktail combines tequila, lime juice and orange liqueur, but the city’s bars and restaurants have introduced all sorts of iconoclastic margarita variations. Some add unexpected ingredients—avocado, for one. Others make daring substitutions, subbing in vodka for tequila, for instance. After scouring the city for some memorable margaritas, we settled on four cocktail joints that out-mixed the rest:

We understand the impulse to hunker down in the fall—school’s started up, sports seasons have consumed your weekends, and you’re still trying to dig out your sweaters from storage. But it’s also the perfect time to plan a long weekend in the U.S., or to a neighbor to the north or south. The weather’s ideal from the Northeast to Texas; the changing of the leaves prompts even cynics among us to plan an ooh-and-ahh road trip; the seasonal farm-to-table meals are incredible; and the beaches on Mexico’s mid-Pacific coast aren’t crowded. (Hello, shoulder season!) Skip soccer for one Saturday and sneak away on one of these 10 fall vacations.

It’s San Antonio’s 300th birthday this year and like everything in Texas they are doing it big with a year-long celebration.

The best way to catch most of it is the famed River Walk which follows the river, 8 kilometres of which runs through downtown, and is the gateway to many of San Antonio’s attractions.

San Antonio may not seem as cool as its sister city Austin, but Alamo City can boast a world class food scene worthy of UNESCO recognition.

A Weekend in San Antonio

As one of Texas’ oldest cities, San Antonio is so much more than kitschy souvenir shops, Alamo tours and strolls along the River Walk. In fact, travelers are frequently surprised by the bold new restaurants, art installments, and thriving entertainment district the city has to offer.

The American Southwest is filled with thriving capitals, time-capsule small towns, and rural community enclaves. While a city mini-moon may not feel overtly romantic, you’d be surprised by how much there is to see and do in a mid-sized metropolis like San Antonio, Texas. The Southwestern city, which celebrates its tricentennial this year, has equal parts entertainment and exclusivity, refinement and laid-back cool—the perfect combination for a pre- or post-nuptial retreat. If you’re looking to plan the ultimate romantic getaway, follow this tried-and-tested 48-hour itinerary.

How to see the world with an autistic child

The Globe and Mail

When I ask Nicole Thibault to tell me about her earliest travel experiences with her 13-year-old son, Tristan, she laughs.

It’s the kind of nervous laughter that parents of young children will immediately recognize: A fatigued chuckle laced with an “I’m glad that’s over” sigh.

How to Spend a Luxurious Weekend in San Antonio

If you know where to look, you can definitely feel like royalty in San Antonio.

No matter who you bring along on the ride, here’s how to treat yourself to a long weekend full of views, relaxing spa treatments, art, and wine, Texas-style.

There’s more than the Alamo: 5 reasons to get to San Antonio in 2018

Vibing like Austin did a decade ago, San Antonio hasn’t reached peak hipness, but it’s close. Admittedly, it’s getting much of Austin’s creative spillover, but this Texan city is all about preserving its culture, not shoving it over for the next big thing. 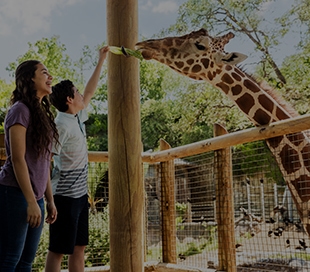 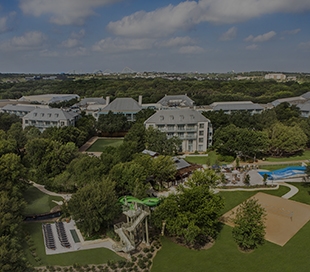 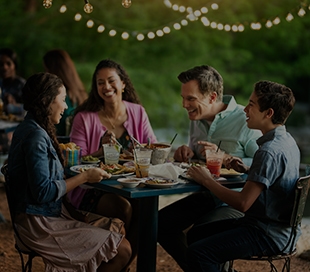